I didn't say I do (no spousal consent) 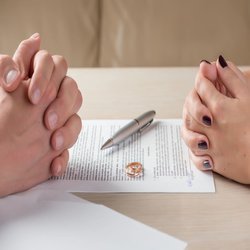 The bank advised that it had conducted an affordability assessment prior to granting of the loan to the complainant’s late husband and accordingly denied the credit had been granted recklessly. The bank further stated that it had relied on the accuracy of the information supplied by the complainant’s late husband and the fact that he declared that he had obtained the necessary spousal consent.

The OBS however did not overlook the fact that the joint estate had benefited from the money advanced by the bank to the complainant’s late husband. It was our recommendation therefore that the joint estate should merely repay the outstanding capital amount and that the bank should write off associated fees and interest, to which it agreed.

The bank can be held liable in instances where it is clear that no spousal consent was obtained, but not to such an extent that a complainant is unjustifiably enriched at the expense of the bank.