For richer or poorer 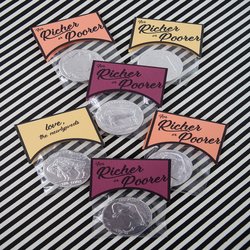 For richer or poorer

The Complainant was married in community of property and was pre-approved for a home-loan on his personal banking app. He went house hunting and subsequently signed an offer to purchase and paid for all the costs involved. His home application was subsequently declined by the bank due to his spouse’s poor credit record.

The Complainant wanted the Bank to be compelled to grant him the loan as per the pre-approval and compensation for the costs he incurred. He did not understand why his application was declined as he had applied in his personal capacity.

The Bank advised that the information displayed on the app was merely an indication of how much he could qualify for if he applied for a home-loan; it did not constitute an offer to finance the purchase of the property. His application was subsequently declined as a result of his spouse’s poor credit record.

It was our finding that the information displayed to the Complainant on the banking app did not constitute an offer from the Bank. It was merely communicating what he qualified for should he apply. We further found that a mortgage bond would be a liability to the joint estate and as such, the Complainant’s wife had to consent to this and could not be excluded from the credit assessment. The OBS could not find any maladministration on the part of the Bank.

PRINCIPLE: Spousal consent is required when entering into a credit agreement if you are married in community of property.