Be in two places at the same time 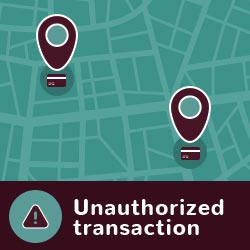 The bank advised that the transactions were chip and PIN driven and could therefore only have been performed by the complainant or a fraudster who had obtained the credit card and PIN. Furthermore, the transactions were beyond the allowable 120-day time frame for cardholder disputes/fraud type chargebacks and the claim was declined in accordance with the MasterCard Chargeback Processing Rules and Regulations as the complainant was out of time for such a dispute to be raised.

The OBS investigated and found that the disputed transactions took place at different locations to where the complainant was at the time.

Considering where and when the disputed transactions took place and the fact that the bank was unable to provide proof that the original card was used, the OBS concluded that there were two cards present and found no way to explain how the transactions could have occurred other than with a cloned card.

In terms of the Code of Banking Practice the bank has a responsibility to “provide reliable banking and payment systems services and take reasonable care to make these services safe and secure” and a customer must keep his card safe and PIN number secret.

PRINCIPLE: If it is found, after consideration of the evidence and on a balance of probabilities, that a complainant’s card was closed and there is no evidence of negligence on the part of the complainant in this regard, then the bank will be held liable.
Facebook0Twitter0Linkedin0
X Email1 Reddit0
Previous
Next