If it seems to good to be true, it probably is 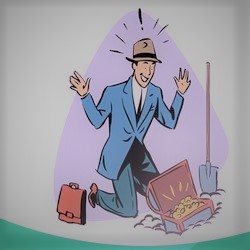 If it seems too good to be true, it probably is

The Complainants received an unexpected payment into their account. They did not know who had made the payment and contacted their Bank to ascertain this.

This office was of the view, however, that the paying Bank should not be entitled to charge the Complainants interest and other fees in respect of the repayment of this amount. The payment was made in error and the paying Bank cannot benefit from its error. The Bank in question agreed and requested the Complainants to enter into a payment arrangement only for the repayment of the amount that was paid in error.

PRINCIPLE:  If you utilise funds that were not due and payable to you, you will be held liable for the repayment of those funds.