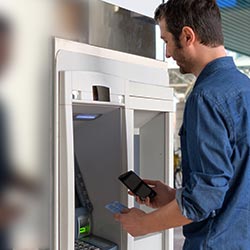 The complainant’s laptop and cellphone were stolen from his vehicle but he only became aware of the theft a day later. The incident was reported to the bank on 26 March 2017.
Fraudulent transactions totaling R24 980.00 were made from his account. The bank could recover and refund R8 357.55 but the complainant was unhappy and wanted a full refund.

The facts showed that the complainant reported the fraud to his bank on 26 March 2017. The complainant’s bank advised that it became aware of the incident on 27 March 2017, and only alerted the beneficiary bank on 29 March 2017.

The OBS found that although the complainant’s confidential banking credentials were compromised, the loss that was suffered was not because of the compromise, but was due to the fact that his bank failed to notify the beneficiary bank of the fraud timeously. It was our recommendation that the complainant’s bank refund the complainant, and the bank agreed.

PRINCIPLE: Complainants should report fraud timeously to the bank, and if the bank fails to take the necessary measures to mitigate the loss, the bank will be held liable.