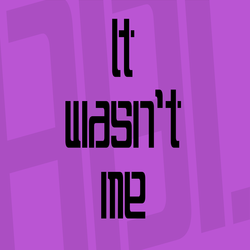 The Complainant fell victim to internet banking fraud. The fraud was detected by the Bank, which proactively placed a hold on the Complainant’s current account. The Bank thereafter received a call from a person purporting to be the Complainant, requesting that the hold be lifted. This was actioned by the Bank.

Subsequently the Bank once again placed a hold on the Complainant’s current account due to suspicious activity. The Bank then received another call from the person purporting to be the customer, and once again the same chain of events took place.

The Bank repudiated the Complainant’s claim for a refund on the basis that her internet banking credentials and card details were compromised. The Bank stated that it placed temporary holds on the Complainant’s current account card and unsuccessfully attempted to contact the Complainant. The Bank advised that it released the respective holds when it received the two calls from the person who purported to be the Complainant as the Bank accepts a 75% pass rate for authentication of banking clients by means of telephone.

The customer authentication process is performed by the Bank to ensure that they are dealing with the correct customer. It was evident from the recorded calls between the fraudster and the consultant that during the consultant’s engagement with the fraudster she became suspicious as to the caller’s identity, prompting her to ask “Who is telling you the answers?” and “Whose account is this?”.

It was our finding that the Bank had a duty to display reasonable care when verifying the identity of the caller before unblocking the account to ensure that it was allowing access to the true account holder, especially in light of the fraud hold that it had proactively placed on the account.

It was the view of our office that it cannot be considered reasonable, especially in the current fraud climate, for a banker to unblock the account purely based on the pass rate of the scripted verification process when the banker’s engagement with the caller had clearly raised suspicions about the caller’s true identity.

It was our finding that the Bank was in a position to mitigate the loss that was suffered by the Complainant and had failed to do so. The Bank accepted our findings in this regard and reimbursed the customer.

PRINCIPLE: In addition to being required to have a standard customer verification process in place, the current fraud climate demands that a Bank’s process allows for a trained consultant to be able to assess a situation and make a judgement call.