Let fairness and reasonableness be our guide 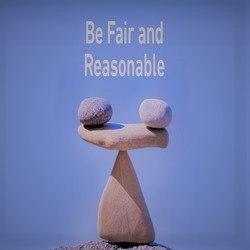 Let fairness and reasonableness be our guide

The Complainant had a home loan account with the Bank and as a result of losing his job, he could no longer pay his instalments. The Bank proceeded with legal action against the Complainant and obtained judgment as well as an order authorising the sale of the Complainant’s property at auction without a reserve price.

The Bank attempted to assist the Complainant to sell the property prior to the property being sold at auction and offers to purchase the property for prices of R1 200 000 and R1 300 000 were submitted. However, the offers received were not followed through as the prospective buyers could not obtain finance.

The property was ultimately sold at auction for an amount of R1 000. The outstanding balance on the home loan account at the time the property was sold was R1 037 371.

The possibility of the Bank selling a mortgaged property at a sale in execution for a price far below the outstanding amount, amount loaned, property valuation amount and/or purchase price (in this case R1 000) does not fulfil the objectives of the security provided by a mortgage bond or any constructive objective for that matter.

The Bank loses its security and the customer remains liable for a large debt which, in all likelihood, he/she will never be able to settle in his/her lifetime. This outcome is certainly not fair to either party. This issue received attention in our courts and the case law (see Absa Bank v Mokebe and related cases 2018 (6) SA 492 (GJ)) supports a view that the selling of a property for amounts such as R1 000 is unfair.

In this regard it is noted that the courts have specifically dealt with matters where the property was the customer’s primary residence, as was the case here.

Our courts’ views on this matter has led to the promulgation of Uniform Rule 46A, which came into effect on 22 December 2017. It is concerned with matters related to the execution against immovable property which is the primary residence of the judgment debtor. This rule results in a court being placed in a position to determine the imposition of a reserve price (below which the property cannot be sold).This would not necessarily result in the customer being left with no debt, but rather in a position resulting from a just and equitable process, and the application of the law is intended to avoid situations such as these.

In this instance, the property was declared executable prior to the promulgation of Rule 46A and that the Bank did not act contrary to the law when selling the property, this office could not, however, ignore the considerations of fairness and the subsequent developments in the law.

The following criteria is used when this office resolves disputes: the law, applicable industry codes and guidelines, good banking practice, banking practice in other jurisdictions and fairness in all circumstances. Whilst it was noted that the Bank had followed what was, at the time, the correct legal process when attaching and selling the property at auction, this office was of the view that selling the property at auction for an amount of R1 000 was neither fair nor reasonable.

Based on the principles of fairness and reasonableness, this office suggested that the Bank write off 50% of the amount outstanding on the home loan account (having a similar effect to that if the property was sold at reasonable market-related price at auction). The Bank agreed to our suggestion in this regard.

In addition, it did not appear that the property would have been sold for an amount in excess of R1 000 000. Lastly, it must also be borne in mind, as set out above, that the legal developments (that is, the requirement to have a reserve price in place) would not necessarily result in the customer being left with no debt, but rather in a position resulting from a just and equitable process. This office was of the view that the Bank’s actions in writing off 50% of the outstanding balance adhered to this desired outcome.

PRINCIPLE: Fairness and reasonableness must always be taken into account.