No, Mr Banker, I Did Not Agree To That! 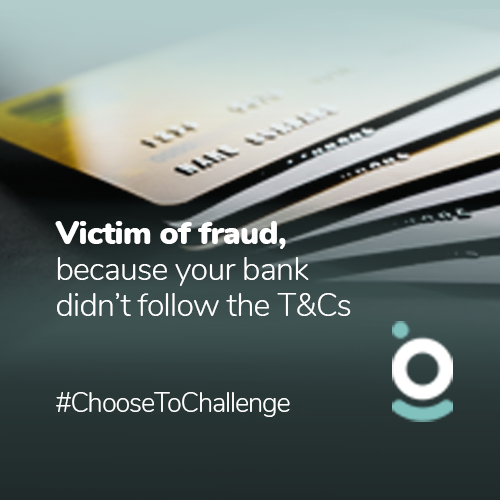 No, Mr Banker, I Did Not Agree To That!

The matter involved a pensioner who lost his entire pension as a result of fraud. During the course of our investigation, it was ascertained that the complainant’s investment funds were moved to the complainant’s online profile without his consent and knowledge. The complainant (“the customer”) stated that, according to the contract that he had signed, he could only withdraw the investment if he visited his branch or called the call centre. The Bank initially advised that in terms of the contract they were allowed to effect changes to the investment portfolio. When our Office considered the contract, it was clear that the contract made provision for the investment to be redeemed in a branch and at a call centre. It was further ascertained that there was an established redemption process that needed to be followed and that the Bank had a duty to inform its customer of any material change to the contract, which it had failed to do in this instance.

The Bank maintained that the customer had divulged his confidential internet banking information voluntarily to the fraudsters and divulged the OTPs that were sent to him in respect of the redemption of the policy, and that therefore he was liable.

The whole issue centred around the awareness of risk. It was acknowledged that the customer was negligent in divulging his confidential information. However, the fraudsters would not have been able to steal his investment funds if the Bank did not make them available on this platform without the customer’s knowledge or consent. It was therefore recommended to the Bank that it would need to accept liability for the investment funds that were stolen, and which amounted to some R 950 000.00.

The Bank proposed to reimburse 60% of the loss suffered, which equated to the sum of R 640 000.00. This offer was communicated to the complainant pensioner who was understandably extremely distressed. The complainant elected to accept the Bank’s offer and the matter was finalised.

The Bank in this instance agreed that going forward it would only move investment portfolios to the online platform on the specific mandate/instruction of the customer, and that it would always explain the potential consequences/risk of having the portfolio available on this platform.

The Bank also agreed that the redemption process would no longer be available online, and that it would follow the terms of the contract which allows for the customer to go into a branch or to call the call centre in order to redeem an investment policy.

PRINCIPLE:  The Bank cannot refute liability in an instance where it failed to follow the terms and conditions of the agreement that was concluded, and its customer suffered a loss as a result.