No passing the buck 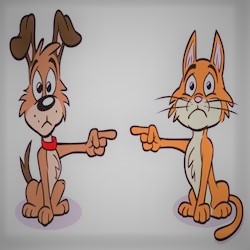 No passing the buck

The Complainant’s monthly instalment in respect of her insurance policy was deducted from her bank account by way of debit order. Her debit order was returned unpaid for two consecutive months which resulted in the policy lapsing.

The Bank advised that the debit orders were returned unpaid as there were insufficient funds in the Complainant’s account and referred to the terms and conditions of the account which stipulated that there should always be a minimum balance in the Complainant’s account. The Bank also confirmed that it had sent the complaint SMS notifications on each occasion that the debit order was returned unpaid and that it met with the Complainant to educate her on the functioning of her account.

A month after the two returned debit orders, the Complainant was in a car accident. She lodged a claim with the insurance company which was repudiated. The Complainant lodged a complaint with this office and alleged that her claim was repudiated because of the Bank’s negligence in administering her account.

Our investigation ascertained that as per the terms and conditions of the account the Complainant agreed to maintain a minimum balance on the account and that the two debit orders for the insurance premium were returned unpaid due to insufficient funds.

PRINCIPLE: It is extremely important to familiarise yourself with the terms and conditions of your contractual relationship with your Bank. In respect of your payment obligations to third parties, it is your responsibility to ensure that these obligations are met to avoid finding yourself in a precarious position.