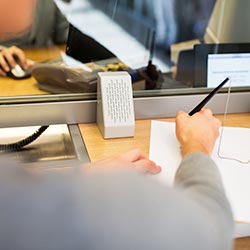 The OBS found that the bank was liable to refund the complainant’s loss in full and the bank agreed.