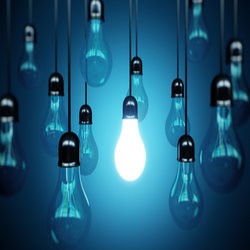 The impact of COVID-19, and the financial crisis that is bound to follow in its wake, will have a lasting impact on society and business as a whole. It will be a time of great financial stress and a time where the services of bodies such as the Ombudsman for Banking Services (OBS) will be needed now more than ever.

The impact and complaints of COVID-19 related bank issues will only be felt in the months to come after the dust has settled and we will only be able to report on the effect of the crises on consumer complaints in the next reporting period , the Banking Ombudsman Reana Steyn advised.

Two thousand and nineteen saw the number of walk-in complainants increase from 242 in 2017 and 113 in 2018 to a record 326. This may be an indication that more people are becoming aware of our expert free service and feel comfortable coming to personally discuss their banking issues, Reana Steyn explained.

There was a significant decrease in the number of referrals recorded in 2019. In 2019 the OBS referred 4 709 complaints to banks compared to the 6 309 case referrals in 2018 and 7 173 referrals in 2017. “This could indicate that more banking clients understand that they have to first report any dispute or complaint to their bank to try and resolve same, before they approach our office for assistance”, Steyn said.

Internet banking complaints accounted for 18% of total complaints received in 2019 – 4% less than the previous year. The office closed 1 292 internet banking fraud cases for the year 2019. About 947 (73%) of these complaints were resolved in favour of the banks and 345 (23%) were in favour of the bank customers. Like in previous years, these complaints related to fraud in the electronic banking space. “Vishing, phishing and smishing, fraudulent sim swaps are still just as prevalent and some unsuspecting banking clients are still conned into unwittingly providing fraudsters with their personal banking details”, Ms Steyn advised. “There is a need for continued consumer education and awareness when it comes to this type of fraud or any other fraud and the OBS is committed to assist the banking community in providing such education and awareness Ms Steyn added.

ATM complaints accounted for 821 (13%) cases opened in 2019, which is down by 1% from 2018 (14%).  With these complaints the issues also centre around fraud. As with the other fraud related complaints mentioned above, 84% of the cases (694) were resolved in favour of the banks while 16% of cases (127) were resolved in favour of the bank customers.  The type of investigation involved with these types of matters requires   the OBS adjudicators to satisfied themselves that the bank customer compromised their card and PIN through no fault of the bank, Ms Steyn explained.

Debit orders accounted for 190 (3%) (the same percentage as in 2018) of cases received. There was an almost 50% split with about 48% of the debit order complaints found in favour of bank customers, according to Steyn.

Although there is a slight drop from 2018 the OBS still recorded an alarming statistic of about 64.58% of the complainants being from people over the age of 40. Internet banking fraud comprised most of their complaints followed by credit card and ATM fraud complaints.  “This is an indication that still more measures must be taken to educate this group about the do’s and don’ts   when it comes to banking, said Ms Steyn.

According to the stats, the following number of formal cases were opened against the 5 big banks in 2019:

"What is important to note is that the number of files opened in 2019 per bank is not necessarily indicative of the individual bank’s performance or the way in which they treat customers and complaints. Banks vary considerably in size, client profile and product mix and these factors all impact the number of complaints made against a bank. Most banks saw a decline in the number of cases opened at the OBS and we believe this is due mostly because of the efficient way in which matters were handled at the referral stage, thereby negating the necessity to open a formal case," said Steyn.

Steyn added that  under the current economic conditions that the country finds itself in, there most probably will be an increase in the number of complaints and the role of the Ombudsman’s office will be more relevant than it has ever been in the past. In this regard, Ms Steyn reminded bank customers of the free, easily accessible alternative dispute resolution service offered by her office to all bank customers who have complaints that are not satisfactorily resolved by their banks, to lodge a complaint with her office.