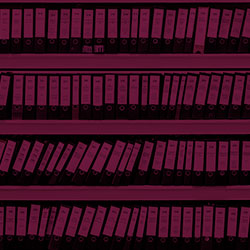 A TOTAL of 7056 formal cases were opened by the Ombudsman for Banking Services office last year - an unprecedented 35% more than in the previous year.

And for the first time complaints about online banking topped the pile, comprising 22% of all complaints, mostly fraud related; followed by ATM related complaints at 18%, down 10% from the year before.

The Ombud's 2017 annual report, released this week, includes several case studies, among them one about a man who lost R300 000to a fraudster as a direct result of wrong advice given to him by a bank manager. "The complainant contacted his bank manager and was advised that a payment could be reversed if a sale turned out to be a scam, since the payment would take 48 hours to transfer.

"He then paid R300 000 for a vehicle and the next day realised that the transaction was a scam and reported it to the bank. He was advised that the funds had already been credited into a beneficiary account held at another bank and all the funds had been withdrawn. "He wanted his R300 000 from the bank as he made the payment based on the advice he received from the bank manager, but the bank told him that it was his responsibility to clear the legitimacy of the beneficiary prior to making the payment and refused to reimburse him."

Happily for him, the Ombud found that the bank manager had failed to exercise reasonable care and skill to prevent the complainant' s loss. "The bank manager should have clearly informed the complainant that, based on his professional opinion and experience, the possibility of the funds immediately clearing was more than a likelihood."

Having investigated several "wrong advice" cases in the past, I know that they are mostly difficult to prove because the consumer didn't have any proof of the bad advice on which they relied.

So I asked Banking Ombud Reana Steyn what happened in this case. "We requested a statement from the bank manager concerned which detailed his version of what had transpired," she said.

"His version was consistent with what the complainant submitted and it was on the strength of that that a finding was made by our office against the bank. It's heartening to note that some people in business still have their moral compass pointing in the right direction. I suppose if that manager denied the allegation, it would have been very difficult, if not impossible, for us to make a finding in the matter due to the dispute of fact. But fortunately he was honest."

Indeed. But it's always a good idea to get proof of key verbal advice. If you're told something by an official or a salesman, either ask them to repeat it as you record it with your smartphone, or email them afterwards and state: "Just to confirm our verbal conversation - you agreed/advised that..."

If you are unhappy with the bank's decision, contact the office of the Ombuds for Banking Services for free help or to lodge a formal complaint.
Previous
Next