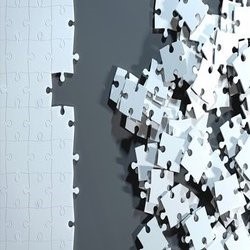 The OBS stats show that our office closed a total of 5 996 cases year to date (2019). Of these , 2 356 cases were related to allegations of maladministration by banks. This makes up a significant 39% of all our complaints. The types of complaints included issues such as allegations of accounts settled and disputes around fees and charges. In many of these cases, the OBS found that there was indeed maladministration on the part of the banks involved. The office made appropriate recommendations in line with the merits of each matter.”

The ombudsman is often in the best position to identify and investigate maladministration by banks as and when it occurs, but it says customers can assist by being vigilant and querying their statements and balances timeously.

According to the ombudsman, bank customers must take the time to go through their account statements. It is not impossible that the balance, repayment or outstanding loan period could be incorrect. “It is natural to trust that bank statements are always correct and that errors are unlikely. However, the OBS receives complaints relating to maladministration on a daily basis, Steyn said.

The term “maladministration” refers to a range of issues that could go wrong. For example, the unilateral changing of the agreed contractual repayment term, a decreased or increase in the agreed monthly instalment or the failure to appropriately adjust the instalment and/or interest rate. Such actions could result in the term of the agreement being extended or an incorrect balance, resulting in customers having to pay more than what was agreed on.

The OBS will investigate all matters and consider the facts of each dispute as well as what is “fair” under the circumstances. Maladministration by the banks may be due to human error or a system error. If banking maladministration is established, the OBS has the power to direct the bank to rectify the situation for the customer. In addition, the OBS may direct that the bank offers a nominal award for distress and inconvenience. As mentioned above, each case is decided on its merits.

Steyn said that bank customers who suspect maladministration on their accounts or who feel that their debts owed to the bank are not decreasing as they should be, need to raise their concerns directly with their banks. If they are still not satisfied, they are urged to lodge a complaint with the OBS for an independent investigation into the complaint.

“We encourage bank customers to be vigilant, and it is very important to keep signed records of agreements and to report any incorrect entries or balances on their accounts immediately to their banks,” she added.

Mrs Sithole* obtained a personal loan from the bank and in terms of the agreement her last payment was due on 25 December 2018. She experienced financial difficulty and in April 2015 she made arrangements with the bank to pay a reduced instalment for a period of six months. Towards the end of the term, she noticed that the bank had extended the repayment term of her agreement for a period of five years alleging that she requested same. She strongly disputed having requested, signed or agreed to a restructuring of her account.

The OBS investigation revealed that the bank was unable to furnish any proof that the complainant requested or agreed to the restructure of the loan account, as is required in terms of Section 116 of the National Credit Act, 34 of 2005. Accordingly, the OBS determined that the bank should adjust the loan account in order to place her in the same position she would have been in had the restructure not occurred. This resulted in an adjustment of R64 000.

The OBS recommended that the bank reverse the full interest amount accrued as a result of the unilateral extension of the term of the loan, and the monthly instalments were also reduced.

“The case studies clearly show the importance of firstly checking your statements and secondly, the importance of keeping records of conversations and arrangements. Do not leave anything to chance, errors can happen, and this costs consumers many thousands of rand,” concluded Steyn.
Previous
Next