Busy year for Banking Ombuds with 35% increase in case load 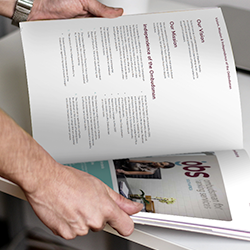 The Ombudsman for Banking Services (OBS) has today released its Annual Report on operations for 2017. Key highlights for the year are that 7056 formal cases that were opened, showed an unprecedented 35% increase from the previous year.

“This is an indication of a growing need for the ombudsman’s services in the sector, and a reflection of the complexity of complaints that the banks receive and ultimately rely on the ombudsman’s office to resolve,” says Reana Steyn 0mbudsman for Banking Services.

The figure 7173 for Referrals is also significantly higher than the previous year’s 5690, showing an increase of 26%. “Referrals are those complaints where the office assists the complainants to submit their complaints to the bank. “Our process requires that the matter first be referred directly to the relevant bank to try and resolve. However, many consumers contact our office requesting us to assist with this referral,” says the Ombud. “If the matter is not resolved, a formal complaint will be opened in the Ombudsman’s office,” she explains. The calls received by the call centre co-incidentally also increased by 35%, showing the increased need for information and assistance in relation to banking disputes.

“In our role as mediator we facilitate a mutually beneficial outcome for both parties to the complaints, and in doing so, we hope to restore the trust in the relationship between the bank and its customers. Our aim is to do more work in the space of conciliation and negotiated outcomes in the future,” Steyn says.

The breakdown of opened complaints show that for the first time the highest number of complaints fell into the category of online banking, i.e. 22% of all complaints. “These complaints show the need for increased security measures as the dispute sub-categories indicate that cell phone banking fraud and phishing fraud made up 77% of the internet banking cases at the Ombudsman’s office,” Steyn says. “The category which previously topped the list, ATM complaints, were second highest at 18%, down 10% from the previous year, which is good news.”

The role of the Banking ombudsman is to resolve banking complaints in a fair, independent and speedy manner. The independence of the office ensures that the ombudsman resolves the complaints without influence from either the bank or the bank customer. “It is unfortunate that consumers who are unsuccessful with their complaints levy the criticism of bias against the Ombuds office. Our office works very hard to uphold high standards in adjudication and in applying the law to the fact of the case. The office found in favour of complainants in 27% of the cases, indicating that most matters capable of early resolution were resolved at the bank. Whilst the number may appear low, it is in line with international experience at other Ombuds offices,” Steyn says.

The banks are obligated, under the Code of Banking Practice, to adhere to the recommendations of the ombudsman. However, the perception of rulings in the banks’ favour is not always seen as positive.

The commitment to resolve banking complaints in a maximum of four months was positively upheld, with an impressive rate of 99%. “70,43% of the cases were closed within 0 – 2 months, and 29,77% were closed within 2-4 months. On average cases were closed within 34 business days. This shows the dedication of the OBS staff to produce quality work, on time.” Steyn adds, “Because we are dealing with banking related complaints, that often means the customer is out of pocket, and we strive to deliver quality outcomes swiftly. The automation of certain processes in case handling was implemented in the latter part of the year, resulting in a lean, efficient, time saving and cost-effective business tool.”

Finally, the provincial demographics provide useful information to our marketing department because it clearly indicates where consumer awareness should be focused. The Northern Cape and North West provinces had the least number of complaints, and Gauteng and KwaZulu-Natal the most.

The Ombudsman for Banking Services will continue to adapt and change to increase the confidence of all South Africans in the country’s banking sector. “We do this by providing a fair, independent and transparent dispute resolution service to individuals and organisations that use banking product and services.

“We want to be known as a reliable, trustworthy and honest organisation committed to the effective resolution of disputes in the banking industry, no matter how small.”

Consumers can contact the office of the Ombuds for Banking Services for free assistance if they experience any banking problems or would like to lodge a complaint against their bank.