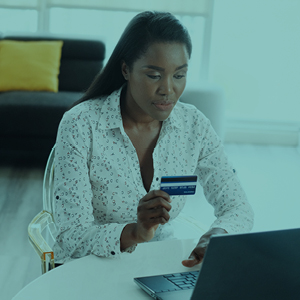 What are your rights when an online transaction goes wrong?

The worldwide pandemic, and associated lockdown, have brought about many changes in consumer behaviour. One of which is the surge in online shopping.

As South African consumers adapt to the new normal, where traditional ways of shopping are largely discouraged in favour of online shopping (in an effort to promote social distancing), the number of card-not-present transactions (card transactions that occur while the buyer and seller are not in the same place) has increased exponentially.

The Ombudsman for Banking Services, Reana Steyn, has advised that her office is receiving disputes on a daily basis regarding these transactions. “These types of transactions have become an integral part of most South African consumers’ method of transacting. In the event of disputes with merchants regarding such transactions, most consumers are completely in the dark about their rights and obligations”, Steyn advised.

She added that the OBS notes that the process and rules relating to disputing online transactions are often misunderstood. “This leads to further frustration for consumers,” says Steyn.

She adds that an important part of the mandate of the OBS is to proactively promote consumer awareness of banking matters. The Ombudsman has identified that there is a significant need to raise awareness on what a chargeback is, the purpose thereof, and the circumstances when a chargeback can be raised.

Chargeback’s should only be filed by a cardholder (consumer) in extreme situations and should not be used as a first option when seeking a refund from the merchant. The exception to this is instances of fraudulent transactions.

What is a chargeback?

Chargebacks are a consumer protection mechanism. A chargeback is a reversal of a credit or debit card transaction that is initiated by the bank following the request by the cardholder (consumer).

The Ombudsman pointed out that the purpose of a chargeback is to protect cardholder against abuse by merchants. it is important to note that chargebacks cannot be used by cardholders to defraud merchants.

Some examples of reasons why cardholders typically file for chargebacks include:

It is very important to note that if a cardholder wishes to raise a chargeback, it needs to be filed within 120 days from the transaction processing date, or the delivery date of the goods or services.

Card scheme rules, of MasterCard and Visa, require that the cardholder first lodges a dispute directly with the merchant before approaching the bank for a chargeback. The exception to this pertains to cases of fraud.

The cardholder may also be expected to return/attempt to return the goods to the merchant or cancel the service before requesting a chargeback.

Written documentation (a letter, an email or a dispute form) must be provided to the cardholder’s bank. The cardholder needs to describe the nature of the dispute, and detail all relevant information; this includes the date of the transaction, the amount involved, and proof of dispute sent to the merchant.

When is a chargeback not applicable?

Instances where it is recommended that a cardholder should not raise a chargeback includes:

Instances where a cardholder cannot raise a chargeback includes:

There are basic steps that consumers can, and should follow, when considering a chargeback.

In the event of fraud, the consumer should immediately report the disputed transaction to the bank without approaching the merchant. As a cardholder, it is your responsibility to ensure that your account is being properly used. If you do not recognize a charge on your account, do not assume it is fraud. You first need to consult the individuals who have access to the card and see if they authorized it without your knowledge.

“Consumers then need to contact the merchant to verify any purchase that they do not recognise. It is possible that the cardholder simply does not recognize the business name or may have forgotten about the purchase,” says Steyn.

She adds that it is vital that cardholders carefully read, and clearly understand, the terms and conditions of the purchase before completing the transaction. Do not click accept if you do not understand or agree with the policies.

Before requesting a chargeback, it is important that cardholders double check what they originally agreed to as they are bound by those terms; even if you did not read them.

Card holders are encouraged to cancel subscription services long before the next billing cycle runs. This provides the merchant with plenty of time to terminate the agreement. This process could take a while, so do not expect it to be cancelled in a day or two. In addition, cardholders are encouraged to give the merchant sufficient time to offer alternative compensation (i.e.: a refund or a gift voucher) before assuming that fraud is being committed.

Cardholders can decrease their risk of fraud by not letting anyone borrow their card. They are also encouraged to keep their personal information safe and shop on HTTPS sites with a secure WIFI connection.

Lastly, the OBS strongly recommends that cardholders sign up for services such as Mastercard 3D SecureCode and Verified by Visa.

How to get help from the Ombudsman for Banking Services during the lockdown.

The OBS has taken stringent measures to protect both our employees and complainants.

During lockdown, the OBS staff will be working remotely from home. However, the office is fully operational from 8am to 16:30pm, on Mondays and Wednesdays. When the office is closed, complainants cannot visit the OBS premises.

OBS staff are available to assist with enquiries and we encourage complainants to log complaints through our online and telephonic services.

Complainants can lodge a complaint in one of the following ways:


Complainants who have already lodged a complaint may track their complaint online by clicking on the following link: https://www.obssa.co.za/track-a-complaint/. Alternatively, they can call the office to speak to our staff on 0860 800 900.

“It is important that the proper protocol is followed when lodging a complaint. A formal, written complaint can be lodged directly with your bank's dispute resolution department. During this process, it is important to ask for a complaint reference number

from your bank. Complainants also need to allow the bank 20 working days in to respond to your complaint. Finally, complainants need to obtain a written response from their bank,” says Steyn.

Alternatively, consumers can contact the office of the Ombudsman for Banking Services for free assistance if they experience any banking problems or would like us to assist them with lodging a complaint against their bank.
Previous
Next