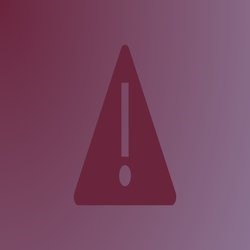 August is Women’s Month and with the focus on women and their finances, the Ombudsman for Banking Services analysed their complaints to assess their concerns. The office has received a total of 3 785 formal cases for the year to date, and only 31% of the complaints lodged in this period were from women.  However, the number of men and women utilizing banking services is much more even, so why the disparity?

The Ombudsman for Banking Services, Reana Steyn said that this may be an indication that women are smarter than their male counterparts, when it comes to banking products and services or that they just complain less. “Regardless, there is always room for improvement,” she said.

Of the 1 173 complaints received from women, 21% related to internet banking, 10% to ATM disputes and 9% to personal loans. The overall statistics for the office list credit card fraud complaints as the second highest category, noting that it is not on the list of the top three categories for women’s complaints.

The ombudsman noted that “ATM and internet banking related complaints are about fraud, mainly phishing and card swapping, and complaints related to personal loans are about the balances on the accounts.”

The following case studies are examples of complaints that were lodged by women and resolved by the OBS:

*Mrs Coetzee went to the ATM to withdraw her employees’ wages.

She was interrupted by unidentified suspects before she reached the ATM, but she managed to chase them away. Upon inserting the card into the ATM machine, and proceeding with the transaction, the card was retained.

A few moments later cash was withdrawn from the account. She tried to contact the bank to block the card but it was unfortunately too late.

Mrs Coetzee was under the impression that the card was retained in the ATM and had no idea that the point of compromise was when she experienced the physical interference  by the unidentified suspects.

Due to the fact that Mrs Coetzee had unfortunately not been able to report the retained card immediately, and before the funds were withdrawn by the fraudsters, the bank was unable to block the card and mitigate the loss.

The bank can unfortunately not be held liable for the loss as the fraudulent transactions were performed with the original card and secret PIN only known to the customer.

“Based on experience gained from investigations undertaken by this office in similar complaints, it was noted that criminals have devised ingenious and sophisticated means of distracting their victims and obtaining the card and PIN without the victim being aware of what is going on,” Steyn said.

While we do not want to speculate on what happened at the ATM on the day in question, the complainant unfortunately compromised her PIN number and therefore the claim was unfortunately repudiated.

*Mrs Naidoo obtained a personal loan from the bank and in terms of the agreement, her last payment was due to be made on 25 December 2018. Unfortunately, she experienced financial difficulty and in April 2015 she tried to make arrangements with the bank to pay a reduced instalment for a period of 6 months.

It subsequently transpired that the bank had extended the repayment term of her agreement for a period of 5 years. Mrs Naidoo disputed having requested, signed or agreed to a restructuring of her account.

The bank’s view was that she agreed to the rescheduling terms and conditions, as well as the amended loan repayment term and that it was non- reversible.

The OBS investigated the matter and noted that section 116 of the National Credit Act provides that a credit agreement may only be amended if the amendment is reduced to writing and signed by the customer in confirmation of her agreement with the amendment. In this instance, the bank was unable to furnish this office with any proof that the complainant requested or agreed to the restructure of the loan account. Accordingly, we recommended that the bank adjust the loan account in order to place her in the same position she would have been in had the restructure not occurred.  The bank agreed and an amount of R64 032.15, in respect of additional interest charged as a result of the restructure, was written-off from the outstanding balance. Mrs Naidoo remained liable to settle the adjusted outstanding balance, which she was happy to do.  Steyn advised that “it is important for bank customers to keep record of any discussions had with the bank regarding changes made to their account. Bank customers must always request that such changes must be reduced to writing to avoid misunderstandings.

*Ms Kodwa acknowledged having disclosed her internet banking details on a phishing site. As a result, a total of R 42 200 was stolen from her account. She believed that the bank should be held liable as she reported the fraud, however, she was of the view that fraudulent transactions continued to ensue thereafter.

“From our investigation   it was found that once the fraud was reported, no further transactions occurred on the complainant’s account and her internet banking profile was timeously cancelled,” Steyn said. Unfortunately, by the time the fraud was reported the funds had already been utilised and therefore the bank was unable to mitigate her loss.

In this instance the complainant admitted to compromising her internet banking details, that allowed access to her account and ultimately caused the loss suffered. There was no evidence to suggest negligence on the part of the bank and that they could have prevented the losses.

The OBS offers a free alternative dispute resolution service to ensure all bank customers who have complaints that are not satisfactorily resolved at the bank, can exercise their rights and have access to redress. The Ombudsman for Banking Services resolves complaints in accordance with its Terms of Reference, The Banking Association of South Africa’s (BASA) Code of Banking Practice, Case law and relevant legislation and international best practice.